How Can We Help?

Our team of Online Home Consultants is eager to answer your questions about our unique process.

Have Questions?
Ask us! 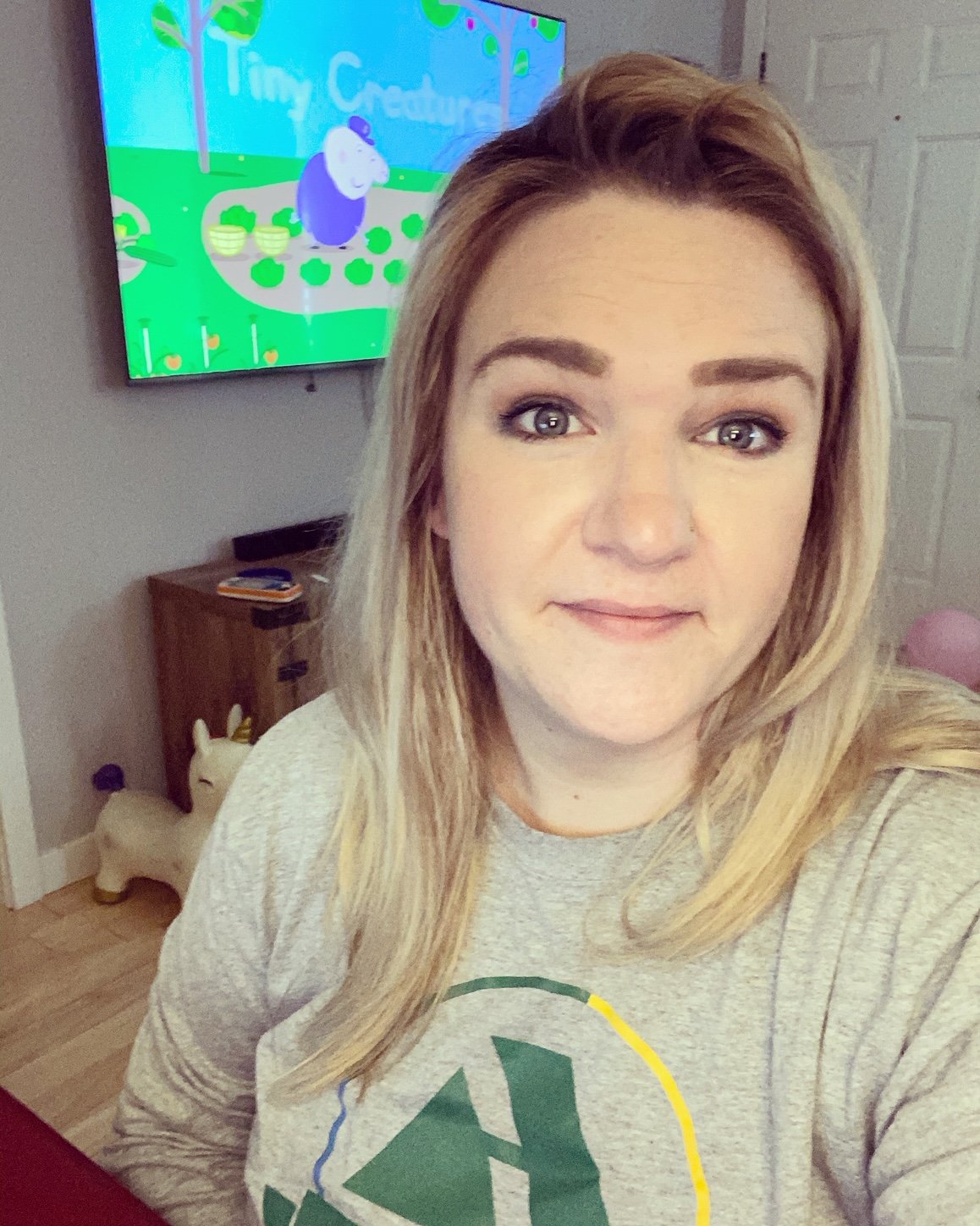 Have you visited Puget Sound lately? It’s an area with unparalleled potential. A new tech haven for remote workers—close enough for a quick trip into Seattle, but just far enough away to replace views of buildings with the bright green of pine trees and lush garden plantings. The communities surrounding Seattle offer a host of benefits—from an array of after-work amenities to the reduced cost of living. Consider that within thirty minutes of Seattle, your lifestyle could be up to 30% less expensive than living in Seattle, and 60% less expensive than living in Palo Alto!

THE EDGE OF WONDERFUL 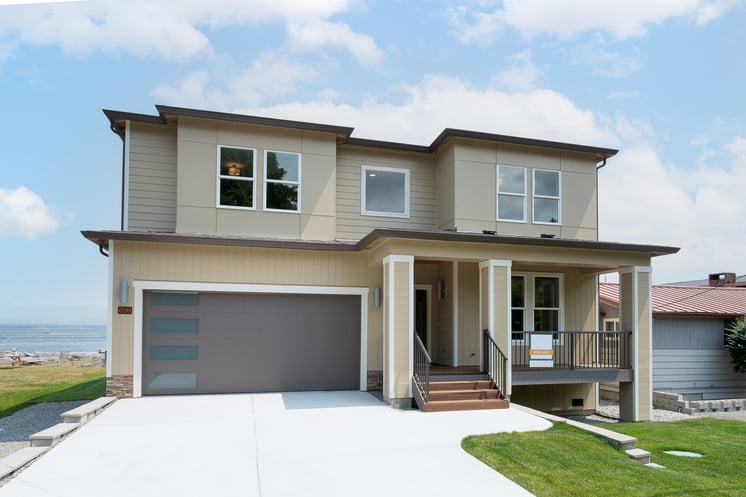 The Seattle region added more than 48,000 tech jobs from 2016 to 2020, an increase of more than 35% — growing at a faster rate than any other large U.S. tech market, according to a new analysis by the CBRE real estate firm.. With an average salary of $130,000, tech engineers are living their best life in Washington State. Seattle is quickly becoming a major hub for tech work—and thanks to the wonders of the PNW—it’s not hard to see why.

Perfect For Your Lifestyle

A bike, a kayak, and a computer. It’s really all you need! From the mountains to the shoreline, Washington State offers the best of both worlds—plus clean water and clean air—both priceless commodities today. With such close proximity to the Pacific Ocean and a myriad of mountain lakes and rivers, those who love nature will feel right at home here.

The advantages of living amid recreation and nature are many—just ask anyone whose had to play the commuting game in busy traffic. Post-pandemic life is all about downtime—and using it wisely.

The bottom line? There’s never been a better time to make the move to Puget Sound. But which area fits you best? Adair Homes has a strong presence in Washington State and we understand the pluses of each area. Let us give you a quick run-down of where you might consider building a new home.

You’ll find an abundance of beautiful land to build on in both King County and Pierce County. Adair specializes in building custom homes on land our customers already own—or identify, and purchase—during initial meetings with our Home Ownership Counselors. The best part? You can live exactly where you want to live—whether that means in a lively Tacoma suburb or the quiet countryside of Snoqualmie.

Much like the rest of the Pacific Northwest, King County places a high priority on its natural lands. The 2,307-square-mile county includes more than 28,000 acres of parks and protected nature areas, 215 miles of backcountry trails, 760 lakes and reservoirs, six major river systems, and over 100 miles of marine coastline.

The result? A nature lover’s paradise, with world-class recreation opportunities available 12-months a year. King County also includes the city of Bellevue, which is frequently ranked as one of the top places to live in the nation. North Bend, home to Adair’s local office, is another dynamic, modern city that is a great place to call home. There are also the quiet, tight-knit communities of Snoqualmie, Redmond, and Hobart. For homebuyers who really crave nature, you can look for land in and around the tiny communities of Lemolo, Lester, or Skykomish—all beautiful areas tucked into the foothills of the Cascade Mountains. Just south of King County is Pierce County, which is just as geographically large and diverse as its northern neighbor. It ranges from Puget Sound and the lowlands in the west to Mount Rainier National Park in the east, with the dense cities and suburbs around Tacoma expanding out into less populous rural areas.

The population of Pierce County is around 904,000—much smaller than that of King County—with more than 212,000 living in Tacoma. Despite its smaller size, Pierce still offers many of the same perks as its neighbor to the north, including incredible water sports, snow skiing, hiking, camping, and more. It’s also well known for birding because it draws vast numbers of migrating birds to its waterways and shores.

Although Clallam County covers approximately 2,600 square miles, almost 35 percent of that area is water, and the entire southeast region features the heavily forested Olympic National Park. Home to the westernmost points in the continental United States, the county sits on the Olympic Peninsula, and more than one-third of the area is on the coastline. With the county being surrounded by so much water, it’s not surprising that both residents and tourists enjoy scenic hikes along the shore, boating, kayaking, and many other outdoor activities.

Port Angeles is the largest city in the county, with almost 20,000 residents. Mild winters and summers that don’t get too hot make it an attractive place for retirees and outdoor enthusiasts who appreciate relatively moderate weather for most of the year. Although the Pacific Northwest is known for its rainfall, Port Angeles sits in the rain shadow of the Olympic Mountains, making it significantly less rainy than Seattle. The deepwater harbor serves as a marine hub for businesses that operate in the Pacific Rim and Puget Sound.

Schools in the county are above average, making it attractive to young families, and the cost of living is relatively low compared to other areas in the state. The senior-friendly towns are also home to many retirees who come for the fresh air, moderate climate, and healthy lifestyle. The most common types of jobs in the region are in administration, retail service, and healthcare.

Just south of Clallam County, Jefferson County is bounded by the Pacific Ocean on the west and Puget Sound on the east, with Mount Olympus and Olympic National Park occupying most of the middle. Bounded by the mountainous barrier of the national park to the west, the eastern part of the county is mostly accessible by bridge from Kitsap County to the south, the highway from Port Angeles to the west, and ferry from Whidbey Island to the east. The largest employer is Jefferson Healthcare, followed by the Port Townsend Paper Mill. Most of the activity in Jefferson County is centered around the Port Townsend area, which is the only incorporated city. This small, charming city is known for its Victorian buildings, local cultural events, waterfront retail district, and marine trades industry.

Mason County lies to the southeast of Jefferson County, nestled into West Puget Sound with ample shoreline on the eastern border and the Olympic National Forest occupying the northwest corner. The area ranks high as a prime location for retirees, especially those who enjoy nature, outdoor activities, and the arts. Shelton, the westernmost city on Puget Sound, has a classic Pacific Northwest feel with significant annual rainfall and a dry period in the summer. A historic mill town, the area still serves the wood products industry and proudly calls itself the “Christmas Tree Capital.”

Grays Harbor is one of Washington’s westernmost counties, home of the oceanfront communities of Taholah, Moclips, Ocean City, and Grayland. To the north, you’ll find yourself surrounded by the cathedral-esqe Olympic National Forest. This sparsely populated county is all about nature. It includes dozens of beautiful lakes and waterways, world-class state and national parks, and stunning beaches.

The economy here is growing at a slower rate than in other areas; however, that may be good news for homebuyers looking to find well-priced land. The county has a lower cost of living than the rest of Washington State and the nation in general. In fact, the median home cost in Grays Harbor County is about half that in the rest of the state, making it a great place to invest in a new home.

To the southeast of Grays Harbor is Lewis County, which offers a comparable population density. Of the 80,700 residents, more than 17,000 live in the largest city of Centralia. Lewis County is located equidistant between Portland and Seattle, and sits directly between the mountains and the ocean. Its primary cities and towns are located along Interstate 5 and Highway 12, but there are plenty of welcoming little towns spread throughout its more remote country.

All You Need is Land

Adair Homes builds new construction on your lot. As an on-your-lot builder, Adair Homes will help you find your perfect property, discover the ideal floorplan for your lifestyle, and create a budget for the build.

Working from home isn’t just a dream—it’s a very near reality for many people—especially those in the tech industry who are looking to create more life in their lifestyle.

Contact an Adair Homes office today to meet with a Home Ownership Counselor for a no obligation review of what you see in your future. We pride ourselves in helping your dreams become reality.

With 52-plus years in the industry, Adair’s long-term commitment to treating each customer with honesty, integrity, and respect has paid off, 22,000 customers strong and counting.

At Adair Homes, our mission states: it is our privilege to build our customers the home they have always dreamed of. We believe in providing the greatest value for our customer’s dollar and finding innovative ways to value engineer homes. We believe that we can offer an outstanding customer experience that is both enjoyable and rewarding—and offer this one-of-a-kind customer experience as the largest on-your-lot builder in the West. For more info, get in touch with us here or call 1-844-518-7072. 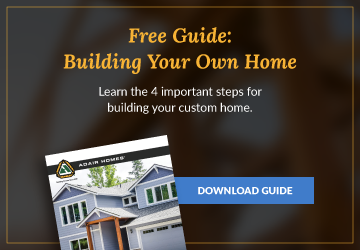